The Jihadist Genocide of Christians in Nigeria Intensifies

The burnt First African Church Mission of Jos is pictured on July 6, 2015 in the central Nigerian city of Jos, Plateau State, after a twin bomb blasts killed at least 44 people the day before, following a wave of mass casualty attacks blamed on Boko Haram militants. The blasts happened within minutes of each other at a shopping complex and near a mosque in the religiously divided capital of Plateau state, which the rebels have targeted before. The bombings took the death toll from raids, explosions and suicide attacks to 267 this month alone and to 524 since Muhammadu Buhari became president on May 29, according to an AFP count. AFP PHOTO (Photo credit should read -/AFP via Getty Images)

Since the Islamic insurgency in Nigeria began in earnest in July 2009, more than 60,000 Christians have either been murdered or abducted during raids. The abducted Christians have never returned to their homes and their loved ones believe them to be dead. In the same time frame, approximately 20,000 churches and Christian schools have been torched and destroyed. Pictured: The burnt First African Church Mission in Jos, Nigeria on July 6, 2015. (Photo by AFP via Getty Images)

What several international observers have for years characterized as a ”pure genocide” of Christians in Nigeria has reached new levels.

Since the Islamic insurgency began in earnest in July 2009 — first at the hands of Boko Haram, an Islamic terrorist organization, and later by the Fulani, who are Muslim herdsmen also radicalized and motivated by jihadist ideology — more than 60,000 Christians have either been murdered or abducted during raids. The abducted Christians have never returned to their homes and their loved ones believe them to be dead. In addition, in the same time frame, approximately 20,000 churches and Christian schools have been torched and destroyed.

Some of these findings are documented in an August 4, 2021 report by the International Society for Civil Liberties and Rule of Law, also known as ”Intersociety,” a nonprofit human rights organization based in Nigeria. Although the entire report is worth reading, a few notable excerpts follow:

”The total number of ’direct’ Christian deaths… from July 2009 to July 2021… is independently put at no fewer than 43,000…. The killings had emanated from the propagation of radical Islamism in Nigeria…

”[T]he Islamic Jihadists and their ’esprit de jihad’ in the Nigerian security forces have been responsible for at least [an additional] 18,500 Christian deaths arising from enforced disappearances, or those abducted and most unlikely to return alive… While most of the Muslims abducted by Jihadists in Nigeria are later released unconditionally to their families, most of their Christian counterparts are killed in captivity or forcefully converted to Islam….

”The atrocities of the Jihadists primarily directed at Christians… include: massacres, killings, mutilations, slitting of throats and wombs, beheadings, torture, maiming, abductions, hostage-taking, rape, girl-child defilements, forced marriages, disappearances, extortions, forceful conversions and destruction or burning of homes and sacred worship and learning centers as well as forceful occupation of farmlands, destruction and forceful harvesting of farm crops and other internationally prohibited acts…

”In the past twelve years… at least 17,500 churches and 2,000 Christian schools and other learning centers have been attacked by the Jihadists and destroyed in part or in whole, or burned or razed down. In the past seven months of 2021, for instance, the number of churches threatened or attacked and destroyed or burned down has risen to over 300….

”In the same past twelve years, it was also independently found that no fewer than 30 million Christians especially in Northern Nigeria [which is Muslim-majority] and their ethno-religion were threatened and ten million of them have been uprooted, six million forced to flee their homes or geopolitical locations to avoid being hacked to death and over four million displaced and became IDPs [Internally Displaced Persons]….”

Although the last month to be included in Intersociety’s reporting period was July 2021, the massacres and atrocities have continued relentlessly since. A few examples just from August 2021, include:

In one area of Plateau State, Fulani terrorists ”killed 70 Christians, displaced 30,000 others and burned 500 homes [and 1,000 farms]” in just the first three weeks of August, according to an August 25 report. Davidson Malison, a local Christian leader from one of the affected areas, lamented:

”Unceasing tears have continued to roll in our eyes as a nation and people. The terror being unleashed by Fulani herdsmen on Irigwe Christians has continued unabated and without any sign of remorse or regret.”

Rev. Ronku Aka, another leader of the Irigwe Christian community, noted:

”While the Fulani herdsmen were attacking my communities, the soldiers and other security agents were around. As the Fulani invaders were carrying out the attacks, we expected them to confront the invaders and stop the destruction going on, but that did not happen.”

When Aka confronted the soldiers about their failure to act, they responded that they ”had not received orders to repel the attackers.”

Elishi Datiri, another area Christian leader whose flock was slaughtered in this round of jihad, explained the situation more unreservedly:

”Sadly, this carnage, genocide and wanton destruction of properties are being carried out in the very eyes of the security personnel whom the government spends billions of taxpayers’ money on in their operation to protect lives and properties of all Nigerians. In many instances, the military collaborates with the Fulanis to carry out these dastardly acts. The military’s direct participation in the destruction of Christians’ farmlands and properties has at many times generated many petitions, press conferences/releases and in some instances physical demonstrations by the Christian communities demanding the removal of the military…. There’s a continued onslaught on Christians which is being championed by the Fulanis and aided by the security agencies saddled with the responsibility to protect lives and property…. We wish to note with deep concern the unacceptable plundering of our land under the direct watch of constituted authorities charged with the responsibility of upholding all people’s rights as entrenched in the Nigerian Constitution.”

According to another report from August 30, the Islamic herdsmen murdered another 36 Christians — often to distinctly Islamic cries such as ”Allahu Akbar” — during several unchecked raids in the Nigerian state of Kadu throughout the month of August.

During the funeral for 17 of these Christians, the Rev. Jacob Kwashi, an Anglican bishop who had presided over many other funerals for murdered Christians in recent weeks and months, unloosed his tongue:

”We have never seen an evil government in this country like the one of today. The government is fully in support of the bloodshed in Nigeria. We are being killed just because we are not Muslims. These evil Fulani jihadists are enjoying the backing of the government to go about killing people, destroying their houses and farmlands, yet when we try to defend ourselves, the government will go about arresting our people. What kind of justice is this?”

On the night of August 24 in Jos North, Plateau State, ”jihadist Fulani herdsmen” entered yet another Christian village where, according to another report, they ”went house to house killing residents.” When they were finished, 37 more Christians lay murdered.

During the predawn hours of August 3, Fulani terrorists raided another four Christian-majority villages where they murdered between 22 and 27 people, torched hundreds of homes, and systematically destroyed the farming villages’ crops and grains. Discussing that attack, Jonathan Asake, a former member of Nigeria’s House of Representatives, said:

”[T]here is an ongoing genocide in Southern Kaduna targeted at the indigenous Christians population and the aim is to force or intimidate us to abandon our faith or leave our ancestral lands for the armed herdsmen. Some of the attacked villages… have been attacked at least three times in the past six years with mass graves where scores were buried standing as a testimony of what we are saying. Not a single church or school is left standing. Not a single herdsman has been apprehended all these years. It is unfortunate that while Kaduna State government and the Federal Government is playing blind to it, the larger world, especially the western media do not believe that our lives are worth any news.”

On August 5, governmental authorities demolished a church in Maiduguri, the capital city of Borno State in north Nigeria, which is Muslim-majority. The pastor’s son, Ezekiel Bitrus Tumba, 29, was shot and killed for trying to intervene and prevent the demolition of his church. On Sunday, August 8, Christians gathered around the ruins of their church and held service. One Christian wrote on Facebook: ”They demolished the building, thinking it is the Church. [But] the Church is Forever unstoppable and indestructible.”

Possibly in response, four more local Christian churches were torn down, all on the pretext that they did not have proper permits, which are nearly impossible to acquire in the Muslim-majority state of Borno. As one local Christian leader noted:

According to another report from August 10:

”Sunni Muslim Fulani Herdsmen invaded the Christian orphanage in Miango, Nigeria and burned every building. The 147 children and staff evacuated a few hours before the August 2, 2021 attack. The children were made orphans in previous attacks by Sunni Muslim terrorists such as Boko Haram.

”As Fulani herdsmen advance in the Miago and Jos areas they destroyed 500 homes, 5 churches and killed 68 Christians. Many were wounded. Nigerian law prohibits anyone from owning a firearm in Nigeria, but oddly the Fulani had weapons exactly like those of the army.”

The government under President Muhammadu Buhari naturally denies any wrongdoing. It has also long insisted that none of these murders has anything to do with religion — neither with the Muslim faith of the Fulani perpetrators nor with the Christian faith of their slain victims. Rather, the violence and bloodshed, according to the Nigerian government, is a byproduct of land disputes, poverty, and inequality.

Although the Western mainstream media — and any number of Western politicians — have only been too happy to repeat this narrative and present what is, in fact, a jihadist-fueled genocide of Christians as a matter of economics — few Nigerian Christians are fooled.

”Since the government and its apologists are claiming the killings have no religious undertones,” the Christian Association of Nigeria once asked, ”why are the terrorists and herdsmen targeting the predominantly Christian communities and Christian leaders?

The Christian Association of Nigeria has also asked:

”How can it be a [secular or economic] clash when one group [Muslims] is persistently attacking, killing, maiming, destroying, and the other group [Christians] is persistently being killed, maimed and their places of worship destroyed?”

In the words of Sister Monica Chikwe, a nun from the Hospitaler Sisters of Mercy:

”It’s tough to tell Nigerian Christians this isn’t a religious conflict since what they see are Fulani fighters clad entirely in black, chanting ’Allahu Akbar!’ and screaming ’Death to Christians.'” 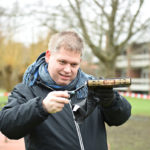 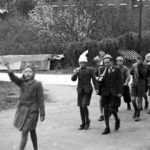 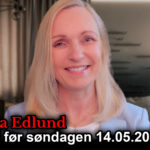 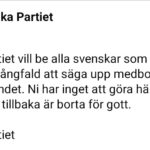