Bing Su, a Chinese geneticist at the state-run Kunming Institute of Zoology, recently inserted the human MCPH1 gene, which develops the brain, into a monkey. The insertion could make that animal’s intelligence more human than that of lower primates. Su’s next experiment is inserting into monkeys the SRGAP2C gene, related to human intelligence, and the FOXP2 gene, connected to language skills.

Has nobody in China seen Planet of the Apes?

Or maybe they have. ”Biotechnology development in China is heading in a truly macabre direction,” writes Brandon Weichert of The Weichert Report in an article posted on the American Greatness website.

In a communist society with unrestrained ambition, researchers are pursuing weird science. What happens when you mix pig and monkey DNA? Chinese experimenters can tell you. How about growing human-like organs in animals? Yes, they have done that as well.

It is not clear how far Chinese military researchers have gone. They are, however, advocating use of the CRISPR gene-editing tool to enhance human capabilities, and the Communist Party’s Central Military Commission is ”supporting research in human performance enhancement and ’new concept’ biotechnology.”

The People’s Liberation Army has gone all-in on gene editing of humans. As leading analysts Elsa Kania and Wilson VornDick report, there are ”striking parallels in themes repeated by a number of PLA scholars and scientists from influential institutions.”

All these Chinese moves are meant to obtain ”biological dominance.” ”There are,” as Ratcliffe noted, ”no ethical boundaries to Beijing’s pursuit of power.”

It is clear that the Communist Party is thinking about more than just soldiers. A Chinese researcher is also the first — and so far only — person to gene-edit human embryos that produced live births.

He Jiankui, while at Southern University of Science and Technology in Shenzhen, used the CRISPR-Cas9 tool to remove gene CCR5 to give twin girls, born in late 2018, immunity to HIV but perhaps also to enhance intelligence. The experiment evoked the eugenics program of the Third Reich to create a ”master race.”

China is in the process of creating the ”perfect Communist,” Weichert, also the author of Winning Space, told Gatestone. ”China is run by a regime that believes in the perfectibility of mankind, and with the advent of modern genetic and biotechnology research, China’s central planners now have the human genome itself to perfect according to their political agenda.”

Chinese scientists already are on the road of ”gene-doping” to make future generations smarter and more innovative than those in countries refusing to embrace these controversial methods. ”What you are witnessing in China,” Weichert has written, ”is the convergence of advanced technology with cutting-edge bio-sciences, capable of fundamentally altering all life on this planet according to the capricious whims of a nominally Communist regime.”

Shenzhen’s He, after an international uproar caused by news of his dangerous and unethical work, was fined and jailed for ”illegally carrying out human embryo gene-editing,” but in the Communist Party’s near-total surveillance state, he obviously had state backing for his experiments.

He’s efforts are not isolated. Nature magazine’s news team reported in April 2015 that Chinese researchers at Sun Yat-sen University in Guangzhou, in another world-first experiment, edited ”non-viable” human embryos with CRISPR-Cas9. ”A Chinese source familiar with developments in the field said that at least four groups in China are pursuing gene editing in human embryos,” the magazine’s website stated.

Beijing’s prosecution of He, therefore, looks like an attempt to cool down the furor and prevent the international scientific community from further inquiry into China’s activities.

Unfortunately, China’s advances in gene editing human embryos for super soldiers is persuading others they must do the same. Soon, for instance, there will be ”Le Terminator.” The French government has just given approval for augmented soldiers. ”We have to be clear, not everyone has the same scruples as us and we have to prepare ourselves for such a future,” declared French Minister for the Armed Forces Florence Parly.

Michael Clarke of Kings College London told the Sun, the British tabloid, there is now a biological competition fueled by China. Will we soon have, as the International Society for Military Ethics has dubbed it, a race of ”homo robocopus”?

If we do, China will not be the only party to blame. ”What is most disturbing about these endeavors is that China has gleaned access to CRISPR and advanced genetic and biotech research, thanks to their relationship with the United States and other advanced Western nations,” Weichert told Gatestone this month. ”American research labs, biotech investors, and scientists have all striven to do research and business in China’s budding biotech arena explicitly because the ethical standards for research on this sensitive issue are so low.”

”This will prove to be a long-term strategic threat to the United States that few in Washington, on Wall Street, or in Silicon Valley understand,” Weichert says, referring to China’s rapid weaponization of biotechnology.

China’s regime does not have ethics or decency, is not bound by law, and does not have a sense of restraint. It does, however, have the technology to start a whole new species of genetically enhanced, goose-stepping humans.

Gordon G. Chang is the author of The Coming Collapse of China, a Gatestone Institute Distinguished Senior Fellow, and a member of its Advisory Board. 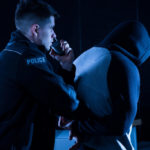 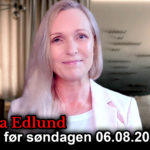 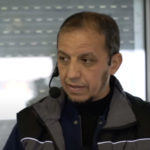 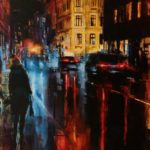